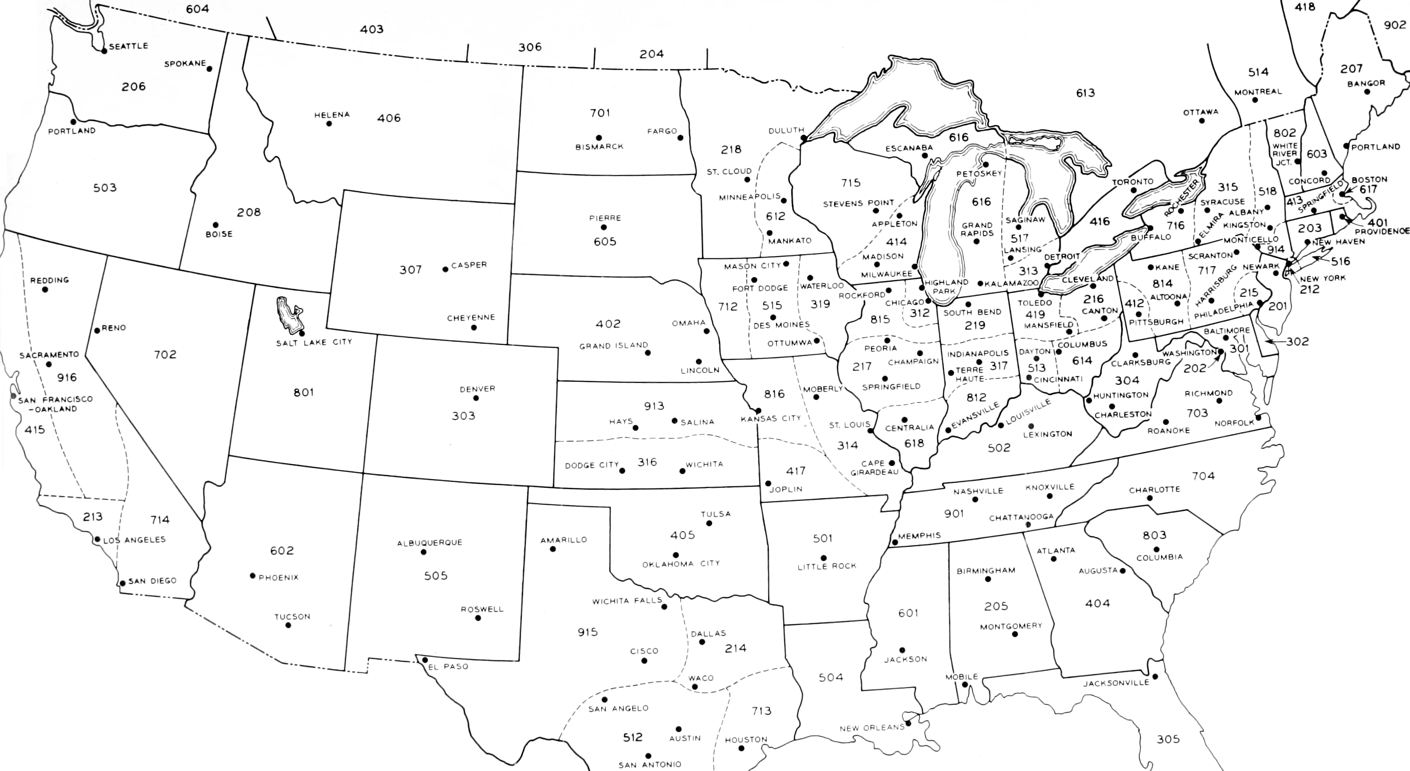 The map above was published by Bellcore, the predecessor of NANPA, around 1952. It shows four area codes added after 1947: from west to east, 714‑CA, 417‑MO, 219‑IN, and 516‑NY. Additionally, there had already been a realignment of the three original California area codes, although they were later further realigned, followed by many splits. Note the number of states served by a single area code each, most especially Florida, which saw its first of many splits in 1953. Alaska and Hawaii were not yet states, and, along with the Caribbean islands, were not yet customer-dialable.

LincMad.com received over a million visits from 1997 until the counter broke.